Polarbeargate... I feel the point has been missed somewhere 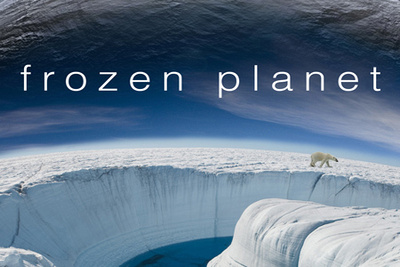 As I'm sure most people are now aware, one very short scene that featured in the latest mind-blowing offering from the BBC's Natural History unit was filmed in a Dutch zoo. The scene, in which a polar bear mother is seen gently nuzzling her cubs in the den, added real tenderness and intimacy to a storyline that had been building throughout the previous episodes, and, as Sir David has said himself, would have been genuinely impossible to film in the wild without loss of cameraman and/or polar bears.

Predictably the media has latched on to this 'scandal', with some commentators trying to brand the entire series a fake, and completely obstructing the important message at the core of the whole project ; we have to start taking some care of our fragile planet. They would rather focus on one tiny snippet taken from over five years' worth of footage in an attempt to sell papers than help to spread a message that we all, one day when the ocean is lapping at our windows, will be unable to ignore.

I feel that the BBC may have been a little naive when they decided to include the scene in the final cut, as the backlash has been quite predictable, and sadly will probably be the only thing that the wider audience will remember about the series in years to come. Those enlightened souls who can see through the media rubbishing campaign fully understand that the scene helps to build strong feelings of empathy with the mother and her new fledgling family, which makes us want to change our ways to ensure the species' survival on this planet; to most, however, it will act as a way out from taking any moral responsibility as the whole issue can be branded as 'fake'.

As a wildlife photographer, this truly saddens me. We need to all stand together to tackle a human problem that is bigger than any dictatorship, uprising or world war. We have to become sustainable. We simply cannot continue in our current ways, we must change. One day it will be too late to ignore. Television and other media has a responsibility to educate and inspire people to recognise the signs that our planet is showing us before it is too late, which may include the novel concept of 'working together'.

So to the critics and media trolls - did the eight seconds of footage from a zoo somehow blind you to the other seven hours of hard-won, beautifully crafted and truly unique film from a disappearing part of the world that most of us will never see? Please, wake up and realise that we must work as a team now, as our own petty agendas will soon count for very little...