If you want to be a species saver... education's what you need

For several weeks now I have been based in the impressively hot and vibrant city of Manado in North Sulawesi, working with Selamatkan Yaki. Regular followers of my scribbles will be very familiar with the yaki, or Sulawesi crested black macaque... if you're not, check them out here... or here, come to think of it. These Critically Endangered monkeys are many things to many people: to me, they have rapidly become one of my favourite photographic subjects I have ever encountered; to tourists, they are another tick on a must-see list for a trip of a lifetime; for some, they are the must-have centrepiece for the Christmas dinner table. 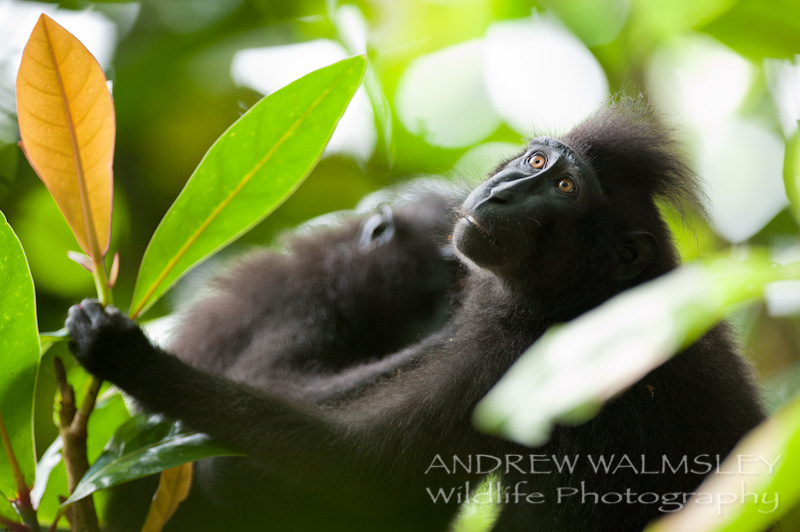 Another morning starts as it always should in macaque culture - a good, mutual grooming session surrounded by lush greenery

Like most bushmeat hunting, this practice has been a part of the local culture for many generations. In recent years the demand has grown exponentially, particularly in more affluent areas well away from the yaki's stomping grounds. Some of the local hunters, concerned with the declines that they have seen in the macaque populations, have turned their hands to guiding tourists in the Tangkoko nature reserve and drawing attention to the yaki's plight. Still, the demand for festive feasting continues, and while an animal has a price tag around its neck, someone will be prepared to oblige the customer. 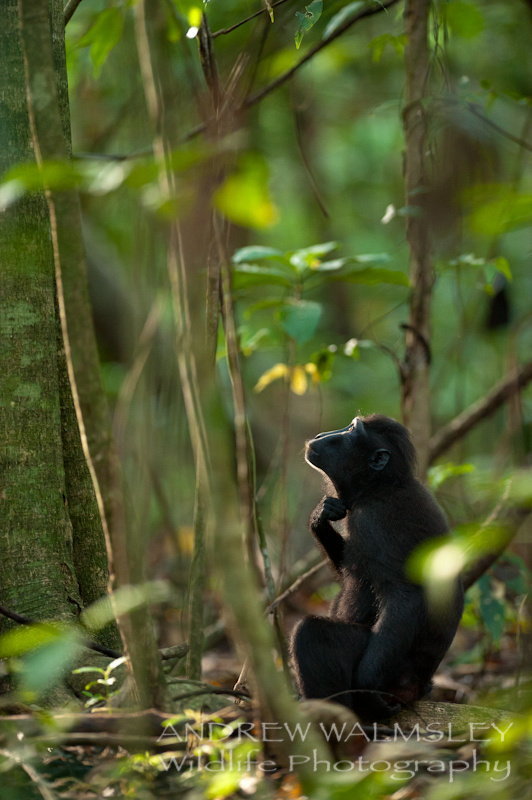 The first beams of light through the forest catch a yaki in a pensive mood...

So, how do we solve a problem like this? It's a very delicate balance to influence aspects of culture without offending those who hold it close, and once offence is taken it can be almost impossible to take it back. This balance is particularly key when those who are trying to inspire change are outsiders, as is often the case. One key solution comes down to the simplest statement: Children are the future. 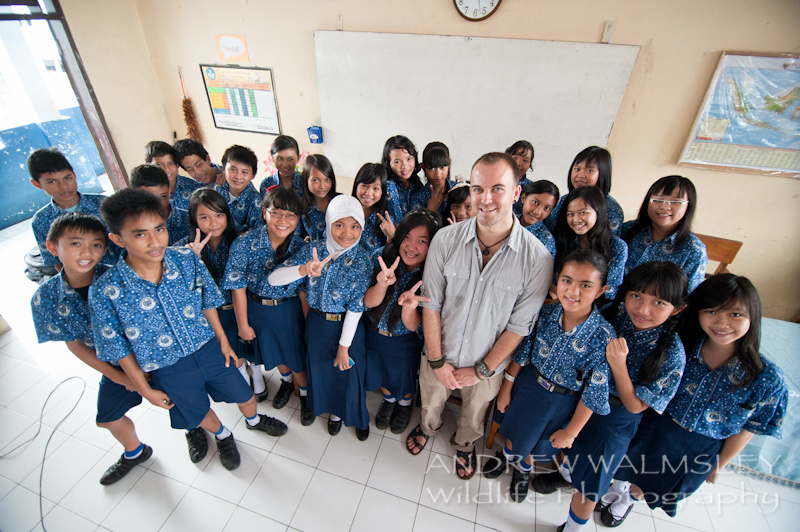 Field project manager Harry Hilser with children from SMP1 (junior high) school in Bitung. This class is hopefully going to be part of a new environmental education programme.

Over the last decade or so I have travelled to many parts of the world and experienced a fairly diverse range of cultures, and in my experience, children are inherently fascinated by nature. I know that huge parts of my own childhood were spent whittling away in rock pools or peering under every boulder I could find. Before venturing to Indonesia I was lucky enough to take my wee niece around a zoo in the Cotswolds, and seeing her face brighten with every animal she found was simply incredible. I believe that one of the most long-lasting and vital links in conservation is to harness this excitement and curiosity in our environment to reconnect us as a species with the world we so intricately rely upon. 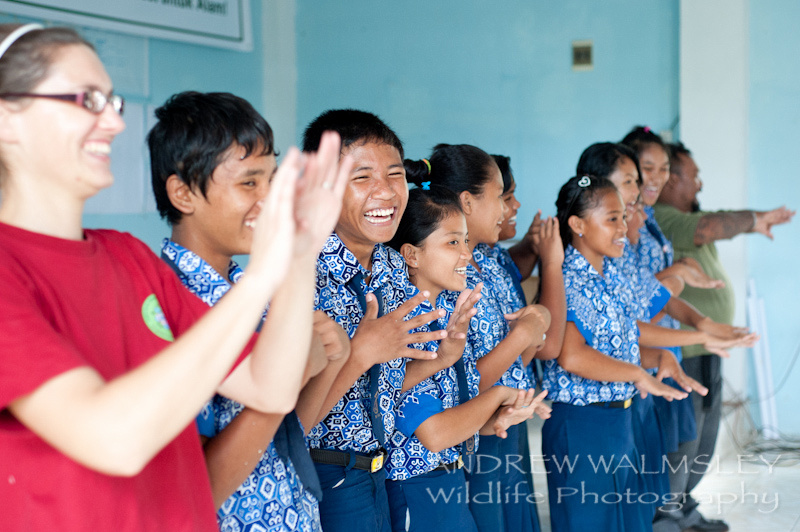 To this end, Selamatkan Yaki has formed a partnership with a fellow NGO, Tangkoko Conservation Education, who for the last year and a half have been striving towards a better future for the forests and all those who call them home. Their main aim is to work with schools in the area, creating activities for all age-groups in the towns and villages that surround the habitats that are crucial to the macaque's survival. By tapping into the children's energy and creativity at an early age they are ensuring that the early bonds with nature last into adulthood, even into future generations.

One of the children's drawings showing the life that they see - snakes, yaki, deer and the creeping destruction of deforestation...

Possibly one of the biggest benefits of a close connection with local children is that the flow of information is bi-directional. While the conservationists and scientists share their discoveries and passion for the forests and the wildlife within, their eyes are in turn opened to a child's unique and surprisingly insightful view of the world. As adults, our opinions are often cemented in place, where a child's imagination is given free-reign to roam where it likes, which can help us to approach a problem from a new perspective. I heard a brilliant example of one such case recently: some of the children from a school in the vicinity of the forest were given an assignment to draw their favourite wildlife. What flowed forth were beautifully imagined scenes of roaming herds of elephants, giraffes feeding from the tops of tall trees and hunting lion packs - almost the full set of the African 'Big Five'. Not really a problem, you may think, as the children were obviously interested in the natural world. However, it turns out that the reason for the absence of local fauna in their pictures was simply because no books were available to them on the animals that they share their environment with.  After making the relevant materials available, their drawings were filled with yaki, snakes, deer and eagles, and even showing their perspective on subjects such as deforestation - now, if that doesn't show a connection to the world around them, I'm not sure what does. 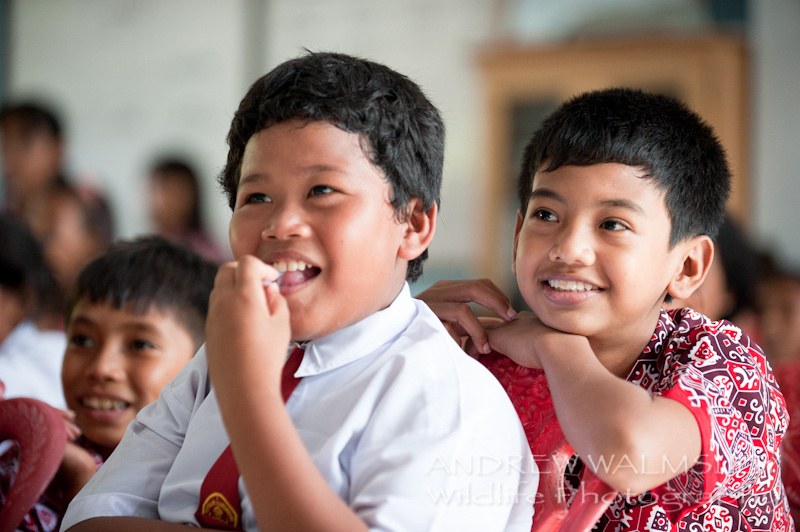 Children from Batu Putih enjoy a performance by their classmates during a conservation education session. Making the activities fun and positive gets them deeply involved and helps the message stick.

I guess what I'm saying is this: to reconnect ourselves to this incredible world that we live in, we have to make sure that nobody is left behind. Every level, from government officials to the farmers pulling ploughs through their fields, we have to work together. As conservationists we often see negatives everywhere and feel like we are battling with the forces of determined destruction. However, working at the very roots of our future society is no battle, in fact quite the opposite. And, when done well, their ears are always open... 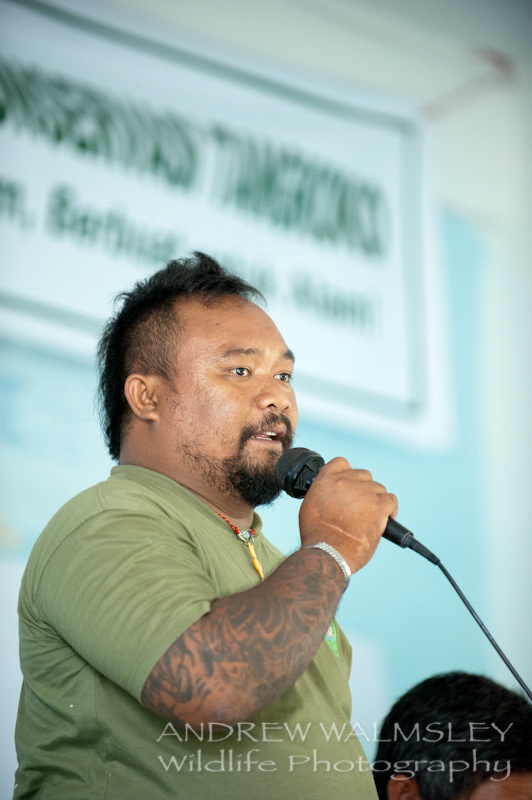 Yessica(non-registered)
Great to see these beautifull animals again, and ofcourse my friend Ito !

Did you already visit the Tasikoki rescue centre near Bitung? they could sure use some attention for their work and animals..